If management thinker Frederick Winslow Taylor (died 1915) were alive today he would certainly resent the straw man we have stood in his place. Taylor tried to inject science into the discipline of management. Innocent of much of the dehumanization of workers pinned on him, Taylor still failed in several big ways, even by the standards of his own time. For example, he failed at science.

What Taylor called science was mostly mere measurement – no explanatory or predictive theories. And he certainly didn’t welcome criticism or court refutation. Not only did he turn workers into machines, he turned managers into machines that did little more than take measurements. And as Paul Zak notes in Trust Factor Taylor failed to recognize that organizations are people embedded in a culture.

Taylor is long dead, but Taylorism is alive and well. Before I left Goodyear Aerospace in the late 80’s, I recall the head of Human Resources at a State of the Company address reporting trends in terms of “personnel units.” Did these units include androids and work animals I wondered.

In Silicon Valley, software creation is modeled as a manufacturing process. Scrum team members often have no authority for schedule, backlog, communications or anything else; and teams “do agile” with none of the self-direction, direct communications, or other principles laid out in the agile manifesto. Yet sprint velocity is computed to three decimal places by steady Taylorist hands. Across the country, micromanagement and Taylorism are two sides of the same coin, committed to eliminating employees’ control over their own futures and any sense of ownership in their work product. As Daniel Pink says in Drive, we are meant to be autonomous individuals, not individual automatons. This is particularly true for developers, who are inherently self-directed and intrinsically motivated. Scrum is allegedly based on Theory Y, but like Matrix Management a generation earlier, too many cases of Scrum are Theory X at core with a veneer of Theory Y.

Management is utterly broken, especially at the lowest levels. It is shaped to fill two forgotten needs – the deskilling of labor, and communication within fragmented networks. 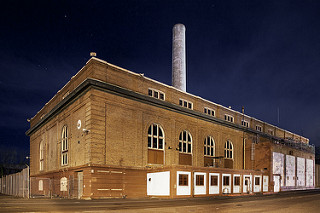 Henry Ford is quoted as saying, “Why is it every time I ask for a pair of hands, they come with a brain attached?” Likely a misattribution derived from Wedgwood (below), the quote reflects generations of self-destructive management sentiment. The intentional de-skilling of the workforce accompanied industrialization in 18th century England. Division of labor yielded efficient operations on a large scale; and it reduced the risk of unwanted knowledge transfer.

When pottery maker Josiah Wedgwood built his factory, he not only provided for segmentation of work by tool and process type. He also built separate entries to each factory segment, with walls to restrict communications between workers having different skills and knowledge. Wedgwood didn’t think his workers were brain-dead hands; but he would have preferred that they were.

He worried that he might be empowering potential competitors. He was concerned that workers possessed drive and an innovative spirit, not that they lacked these qualities. Wedgwood pioneered intensive division of labor, isolating mixing, firing, painting and glazing. He ditched the apprentice-journeyman-master system for fear of spawning a rival, as actually became the case with employee John Voyez. Wedgwood wanted hands – skilled hands – without brains. “We have stepped beyond the other manufactur[er]s and we must be content to train up hands to suit our purpose” (Wedgwood to Bentley, Sep 7, 1769).

When textile magnate Francis Lowell built factories including dormitories, chaperones, and access to culture and education, he was trying to compensate for the drudgery of long hours of repetitive work and low wages. When Lowell cut wages the young female workers went on strike, published magazines critical of Lowell (“… just as though we were so many living machines” – Ellen Collins, Lowell Offering, 1845) and petitioned Massachusetts for legislation to limit work hours. Lowell wanted hands but got brains, drive, and ingenuity.

To respond to market dynamics and fluctuations in demand for product and in supply of raw materials, a business must have efficient and reliable communication channels. Commercial telephone networks only began to emerge in the late 1800s. Long distance calling was a luxury well into the 20th century. When the Swift Meat Packing Company pioneered the vertically integrated production system around 1915, G.F. Swift faced the then-unique challenge of needing to coordinate sales, supply chain, marketing, and operations people from coast to coast. He set up central administration and a hierarchical, military-style organizational structure for the same reason Julius Caesar’s army used that structure – to quickly move timely knowledge and instructions up, down, and laterally.

So our management hierarchies address a long-extinct communication need and our command/control management methods reflect an industrial age wish for mindless carrot-stick employees – a model the industrialists themselves knew to be inaccurate. But we’ve made this wish come true; treat people badly long enough and they’ll conform to your Theory X expectations. Business schools tout best-practice management theories that have never been subjected to testing or disconfirmation. In their views, it is theory, and therefore it’s science.

Much of modern management theory pretends that today’s knowledge workers are “so many living machines,” human resources, human capital, assets, and personnel units.

Unlike in the industrial era, modern business has no reason to de-skill its labor, blue collar or white. Yet in many ways McKinsey and other management consultancies like them seem dedicated to propping up and fine tuning Theory X, as evidence to the priority of structure in the 7S, Weisbord, and Galbraith organizational models for example.

This is an agency problem with a trillion dollar price tag. When asked which they would prefer, a company of self-motivated, self-organizing, creative problem solvers or flock of compliant drones, most CEOs would choose the former. Yet the systems we cultivate yield the latter. We’re managing 21st century organizations with 19th century tools.

For almost all companies, a high-performing workforce is the most important source of competitive advantage. Most studies of employee performance, particularly white-collar knowledge workers, find performance to hinge on engagement and trust (level of trust in managers and the firm by employees). Engagement and trust are closely tied to intrinsic motivation, autonomy, and sense of purpose. That is, performance is maximized when they’re able to tap into their skills, knowledge, experience, creativity, discipline, passion, agility and internal motivation. Studies by Deloitte, Towers Watson, Gallup, Aon Hewitt, John P Kotter, and Beer and Eisenstat over the past 25 years reach the same conclusions.

All this means Taylorism and embedding Theory X in organizational structure and management methodologies simply shackle the main source of high performance in most firms. As Pink says, command and control lead to compliance; autonomy leads to engagement. Peter Drucker fought for this point in the 1950s; America didn’t want to hear it. Frederick Taylor’s been dead for 100 years. Let’s let him rest in peace.

What actually stood between the carrot and the stick was, of course, a jackass. – Alfie Kohn, Punished by Rewards

Never tell people how to do things. Tell them what to do and they will surprise you with their ingenuity. – General George Patton

The knowledge obtained from accurate time study, for example, is a powerful implement, and can be used, in one case to promote harmony between workmen and the management, by gradually educating, training, and leading the workmen into new and better methods of doing the work, or in the other case, it may be used more or less as a club to drive the workmen into doing a larger day’s work for approximately the same pay that they received in the past. – Frederick Taylor, The Principles of Scientific Management, 1913

That’s my real motivation – not to be hassled. That and the fear of losing my job, but y’know, Bob, that will only make someone work just hard enough not to get fired. – Peter Gibbons, Office Space, 1999

Bill Storage is a scholar in the history of science and technology who in his corporate days survived encounters with strategic management initiatives including Quality Circles, Natural Work Groups, McKinsey consultation, CPIP, QFD, Leadership Councils, Kaizen, Process Based Management, and TQMS.

This entry was posted on February 19, 2018, 1:34 pm and is filed under Management Science. You can follow any responses to this entry through RSS 2.0. You can leave a response, or trackback from your own site.