On March 11, 2011, the strongest earthquake in Japanese recorded history hit Tohuku, leaving about 15,000 dead. The closest nuclear reactor to the quake’s epicenter was the Onagawa Nuclear Power Station operated by Tohoku Electric Power Company. As a result of the earthquake and subsequent tsunami that destroyed the town of Onagawa, the Onagawa nuclear facility remained intact and shut itself down safely, without incident. The Onagawa nuclear facility was the vicinity’s only safe evacuation destination. Residents of Onagawa left homeless by the natural disasters sought refuge in the facility, where its workers provided food.

The more famous Fukushima nuclear facility was about twice as far from the earthquake’s epicenter. The tsunami at Fukushima was slightly less severe. Fukushimia experienced three core meltdowns, resulting in evacuation of 300,000 people. The findings of the Fukushima Nuclear Accident Independent Investigation Commission have been widely published. They conclude that Fukushima failed to meet the most basic safety requirements, had conducted no valid probabilistic risk assessment, had no provisions for containing damage, and that its regulators operated in a network of corruption, collusion, and nepotism. Kiyoshi Kurokawa, Chairman of the commission stated:

THE EARTHQUAKE AND TSUNAMI of March 11, 2011 were natural disasters of a magnitude that shocked the entire world. Although triggered by these cataclysmic events, the subsequent accident at the Fukushima Daiichi Nuclear Power Plant cannot be regarded as a natural disaster. It was a profoundly manmade disaster – that could and should have been foreseen and prevented.

Only by grasping [the mindset of Japanese bureaucracy] can one understand how Japan’s nuclear industry managed to avoid absorbing the critical lessons learned from Three Mile Island and Chernobyl. It was this mindset that led to the disaster at the Fukushima Daiichi Nuclear Plant.

The consequences of negligence at Fukushima stand out as catastrophic, but the mindset that supported it can be found across Japan. 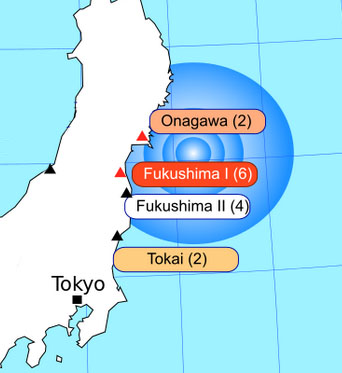 Despite these findings, the world’s response to Fukushima has been much more focused on opposition to nuclear power than on opposition to corrupt regulatory government bodies and the cultures that foster them.

Two scholars from USC, Airi Ryu and Najmedin Meshkati, recently published “Why You Haven’t Heard About Onagawa Nuclear Power Station after the Earthquake and Tsunami of March 11, 2011,” their examination of the contrasting safety mindsets of TEPCO, the firm operating the Fukushima nuclear plant, and Tohoku Electric Power, the firm operating Onagawa.

Ryu and Meshkati reported vast differences in personal accountability, leadership values, work environments, and approaches to decision-making. Interestingly, they found even Tohuko Electric to be weak in setting up an environment where concerns could be raised and where an attitude of questioning authority was encouraged. Nevertheless, TEPCO was far inferior to Tohoku Electric in all other safety culture traits.

Their report is worth a read for anyone interested in the value of creating a culture of risk management and the need for regulatory bodies to develop non-adversarial relationships with the industries they oversee, something I discussed in a recent post on risk management.

This entry was posted on April 19, 2014, 6:51 pm and is filed under Risk Management. You can follow any responses to this entry through RSS 2.0. You can leave a response, or trackback from your own site.