Great minds do not think alike. Cognitive diversity has served us well. That’s not news to those who study innovation; but I think you’ll find this to be a different take on the topic, one that gets at its roots.

The two main figures credited with setting the scientific revolution in motion did not agree at all on what the scientific method actually was. It’s not that they differed on the finer points; they disagreed on the most basic aspect of what it meant to do science – though they didn’t yet use that term. At the time of Francis Bacon and Rene Descartes, there were no scientists. There were natural philosophers. This distinction is important for showing just how radical and progressive Descartes and Bacon were. 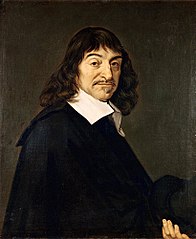 In Discourse on Method, Descartes argued that philosophers, over thousands of years of study, had achieved absolutely nothing. They pursued knowledge, but they had searched in vain. Descartes shared some views with Aristotle, but denied Aristotelian natural philosophy, which had been woven into Christian beliefs about nature. For Aristotle, rocks fell to earth because the natural order is for rocks to be on the earth, not above it – the Christian version of which was that it was God’s plan. In medieval Europe truths about nature were revealed by divinity or authority, not discovered. Descartes and Bacon were both devout Christians, but believed that Aristotelian philosophy of nature had to go. Observing that there is no real body of knowledge that can be claimed by philosophy, Descartes chose to base his approach to the study of nature on mathematics and reason. A mere 400 years after Descartes, we have trouble grasping just how radical this notion was. Descartes believed that the use of reason could give us knowledge of nature, and thus give us control over nature. His approach was innovative, in the broad sense of that term, which I’ll discuss below. Observation and experience, however, in Descartes’ view, could be deceptive. They had to be subdued by pure reason. His approach can be called rationalism. He sensed that we could use rationalism to develop theories – predictive models – with immense power, which would liberate mankind. He was right.

Francis Bacon, Descartes slightly older counterpart in the scientific revolution, was a British philosopher and statesman who became attorney general in 1613 under James I. He is now credited with being the father of empiricism, the hands-on, experimental basis for modern science, engineering, and technology. Bacon believed that acquiring knowledge of nature had to be rooted in observation and sensory experience alone. Do experiments and then decide what it means. Infer conclusions from the facts. Bacon argued that we must quiet the mind and apply a humble, mechanistic approach to studying nature and developing theories. Reason biases observation, he said. In this sense, the theory-building models of Bacon and Descartes were almost completely opposite. I’ll return to Bacon after a clarification of terms needed to make a point about him.

Innovation has many meanings. Cicero said he regarded it with great suspicion. He saw innovation as the haphazard application of untested methods to important matters. For Cicero, innovators were prone to understating the risks and overstating the potential gains to the public, while the innovators themselves had a more favorable risk/reward quotient. If innovation meant dictatorship for life for Julius Caesar after 500 years of self-governance by the Roman people, Cicero’s position might be understandable.

Today, innovation usually applies specifically to big changes in commercial products and services, involving better consumer value, whether by new features, reduced prices, reduced operator skill level, or breaking into a new market. Peter Drucker, Clayton Christensen and the tech press use innovation in roughly this sense. It is closely tied to markets, and is differentiated from invention (which may not have market impact), improvement (may be merely marginal), and discovery. 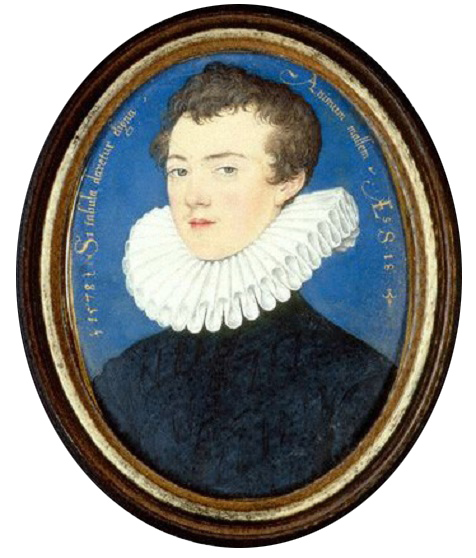 That business-oriented definition of innovation is clear and useful, but it leaves me with no word for what earlier generations meant by innovation. In a broader sense, it seems fair that innovation also applies to what vanishing point perspective brought to art during the renaissance. John Locke, a follower of both Bacon and Descartes, and later Thomas Jefferson and crew, conceived of the radical idea that a nation could govern itself by the application of reason. Discovery, invention and improvement don’t seem to capture the work of Locke and Jefferson either. Innovation seems the best fit. So for discussion purposes, I’ll call this innovation in the broader sense as opposed to the narrower sense, where it’s tied directly to markets.

In the broader sense, Descartes was the innovator of his century. But in the narrow sense (the business and markets sense), Francis Bacon can rightly be called the father of innovation – and it’s first vocal advocate. Bacon envisioned a future where natural philosophy (later called science) could fuel industry, prosperity and human progress. Again, it’s hard to grasp how radical this was; but in those days the dominant view was that mankind had reached its prime in ancient times, and was on a downhill trajectory. Bacon’s vision was a real departure from the reigning view that philosophy, including natural philosophy, was stuff of the mind and the library, not a call to action or a route to improving life. Historian William Hepworth Dixon wrote in 1862 that everyone who rides in a train, sends a telegram or undergoes a painless surgery owes something to Bacon. In 1620, Bacon made, in The Great Instauration, an unprecedented claim in the post-classical world:

“The explanation of which things, and of the true relation between the nature of things and the nature of the mind … may spring helps to man, and a line and race of inventions that may in some degree subdue and overcome the necessities and miseries of humanity.”

In Bacon’s view, such explanations would stem from a mechanistic approach to investigation; and it must steer clear of four dogmas, which he called idols. Idols of the tribe are the set of ambient cultural prejudices. He cites our tendency to respond more strongly to positive evidence than to negative evidence, even if they are equally present; we leap to conclusions. Idols of the cave are one’s individual preconceptions that must be overcome. Idols of the theater refer to dogmatic academic beliefs and outmoded philosophies; and idols of the marketplace are those prejudices stemming from social interactions, specifically semantic equivocation and terminological disputes.

Descartes realized that if you were to strictly follow Bacon’s method of fact collecting, you’d never get anything done. Without reasoning out some initial theoretical model, you could collect unrelated facts forever with little chance of developing a usable theory. Descartes also saw Bacon’s flaw in logic to be fatal. Bacon’s method (pure empiricism) commits the logical sin of affirming the consequent. That is, the hypothesis, if A then B, is not made true by any number of observations of B.  This is because C, D or E (and infinitely more letters) might also cause B, in the absence of A. This logical fallacy had been well documented by the ancient Greeks, whom Bacon and Descartes had both studied. Descartes pressed on with rationalism, developing tools like analytic geometry and symbolic logic along the way.

Interestingly, both Bacon and Descartes were, from our perspective, rather miserable scientists. Bacon denied Copernicanism, refused to accept Kepler’s conclusion that planet orbits were elliptical, and argued against William Harvey’s conclusion that the heart pumped blood to the brain through a circulatory system. Likewise, by avoiding empiricism, Descartes reached some very wrong conclusions about space, matter, souls and biology, even arguing that non-human animals must be considered machines, not organisms. But their failings were all corrected by time and the approaches to investigation they inaugurated. The tension between their approaches didn’t go unnoticed by their successors. Isaac Newton took a lot from Bacon and a little from Descartes; his rival Gottfried Leibniz took a lot from Descartes and a little from Bacon. Both were wildly successful. Science made the best of it, striving for deductive logic where possible, but accepting the problems of Baconian empiricism. Despite reliance on affirming the consequent, inductive science seems to work rather well, especially if theories remain open to revision.

Bacon’s idols seem to be as relevant to the boardroom as they were to the court of James I. Seekers of innovation, whether in the classroom or in the enterprise, might do well to consider the approaches and virtues of Bacon and Descartes, of contrasting and fusing rationalism and observation. Bacon and Descartes envisioned a brighter future through creative problem-solving. They broke the bonds of dogma and showed that a new route forward was possible. Let’s keep moving, with a diversity of perspectives, interpretations, and predictive models.

This entry was posted on November 19, 2013, 10:41 am and is filed under Innovation management, Multidisciplinarians. You can follow any responses to this entry through RSS 2.0. You can leave a response, or trackback from your own site.